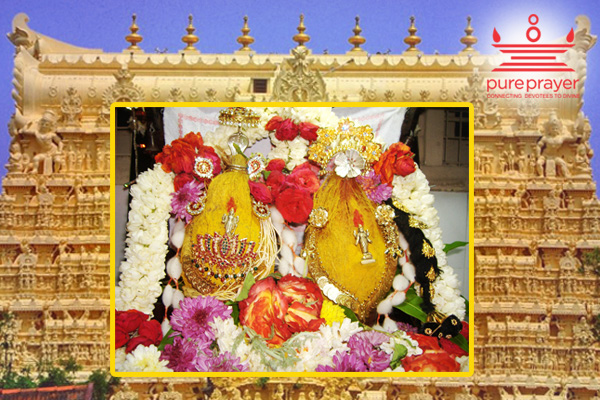 Ananta Chaturdashee is occurring on Friday, 09, September 2022 corresponding to the Bhadrapada Shukla Chaturdashee.

How did Ananta Vrat Puja originate?

Ananta Chaturdashi or Anantha Chaturdashee Vrat puja is a very old practice dating back to the times of Mahabharat in Dwapar Yug, when Yudhishthir was advised by Shaunakadi Maharshis. Yudhishthir was in exile after losing challenge to Duryodhan. He met many Rishis and Munis (sages) during the exile. He learnt about the glory of Lord Ananta Padmanabha, an incarnation of Lord Vishnu (Srihari). He obtained the Deeksha (ordain) of performing Anant Padmanabha Vratham for a period of fourteen years without a break.

Word Ananta means “Na vidyatE AntO Yasya saha Anantaha”, which means that “he is a person of infinity”. Ananta has no constraints of geographical boundaries, physical features, traits, qualities and so on. He is omniscient, omnipresent and omnipotent.

Name Ananta appears in many stotrams and chants about Lord Vishnu. The name Ananta is repeated many times in Sri Vishnu Sahasranamam uttered by Sage Veda Vyas. Also, it is a part of Naamatraya Japam. Anantha is the one who is all pervasive, who is eternal, who is beyond all boundaries and for whom there is no limit either by space, time or location.

Ananta Vrat Puja or Ananta Chaturdashi is better known as Ananta Padmanabha Vratham in the southern parts of india like Andhra-Telangana, Karnataka, Kerala and Tamil Nadu.

Bhavishyottara Puranam is said to contain the Anantha Vrat Vidhi in detail. This is one of the sixteen important Vrats (Vrathams) observed in India.

Anantha Padmanabha Vratham or Ananta Vrat Puja is to be performed for 14 years by newlyweds on the day of Chaturdashee (14th day) in Shuklapaksha (Bright fortnight) of Bhadrapadmaas.

Note: Ananta Vrat or Ananthapadmanabha Vratham is also performed during the nine days of Navaratri in Ashvayujamaas from Patipada occurring on October 17 2020 to October 25 2020.

Sri Ananta Padmanabha Vratham is said to be capable of yielding Chaturvidha Kaamyas (Also known as four types of Purusharthas) like acquiring wealth, prosperity, harmony in family and success in life.

There are different traditions in the installation of Kalash. Some install two Kalashas, one each for Lord Anantha Padmanabha and Goddess Lakshmi. Some install a single Kalash and invoke both Sri Anantha and Sri Lakshmi in the same Kalash.

A smaller Kalash or Kumbh is installed for the purpose of using the water from it during the various offerings. Shodashopachara Pujas are offered.

Dora or the holy thread is worn by both husband and wife. According to some custom, the husband wears the thread on the right arm and the wife on the left wrist. Worship of Anantha is believed to be a matter of tradtion in some families.

Elderly people pass on the thread to the younger ones after performing the Puja. Vratham is continued for fourteen years without a break or throughout the life.

Where is Anantha Chaturdashee Vrat mentioned?

The legend and the Anantha Vrat Katha are mentioned in several Puranas. Bhavishyottara Puranam is said to contain the Anantha Vrat Vidhi in detail. This is one of the sixteen important Vrats observed in India.

When to Perform Anantha Chaturdashee Vrat?

Anantha Chaturdashee is performed on fourteenth day of Bhadrapadamaas Shukla paksha (Bright fortnight) which is the 14th day of waxing moon in the month of September or October. The Vrat may be performed during the Navaratri of Ashvayujmaas too.

What are the benefits of performing Anantha Chaturdashee Vrat?

What can I eat during Anant Vrat Pooja?

When Anant Vrat Pooja or Ananta Chaturdashi is performed, it is done by keeping a fast.

Those taking the Sankalpam to perform Ananta Vrat do not consume any food like rice, pulses or wheat in any form. The day begins by rising early and taking a bath.

What should I wear for Ananta Vrat Pooja?

Anantha Vrat Pooja is a traditional worship delineated in Puranas and practiced for many centuries in India with traditional attire of Dhothi for men and sari for women.

Who can perform Ananta Vrat Pooja?

Anyone desiring to perform Anantha Vrat Pooja may worship Lord Vishnu in the form of Sri Ananta Padmanabha Swamy.

Why I should perform Ananta Vrat Pooja?

Anantha Vrat Pooja Vrat performed seeking the benevolence of Lord Vishnu in the form of Ananta Padmanabha, who is capable of granting desired results quickly.

What is the cost of performing Ananta Chaturdashi Vrat Pooja?