PurePrayer provides best and highly meritorious Pandits for Narayanabali Puja, Moksha Narayanabali Puja or Narayana Nagabali Puja and offers important Kshetras like Srirangapatna for performing them. You can consult our astrologers for all your Puja needs and to plan the event well in advance. We offer highly hygienic and sanitized Homa Kuteera or Kshetra destinations to choose for a safe and satisfactory puja. We can conduct the puja through a video call or perform puja at a Kshetra on your behalf and send you a video of the puja.

Srirangapatna is an ancient Teertha Kshetra on River Kaveri located in Mandya district of Karnataka state. Sri Ranganatha Swamy is the presiding deity here and inspiration to many devotional songs. Srirangapatna Kshetra reached primacy during the period of Sri Ramanujacharya, the founder of Vishishtadvaita philosphy. Srirangapatna is one among the Tri-ranga kshetras and known as Adiranga. Madhyaranga and Srirangam are the other two.

Srirangapatna is well known for Shraddh rituals such as Naryanabali, Moksha Narayanabali, Tripindi Shradh, Thila Homam, Pinda Pradaana, Asti Visarjan, Pind Daan and Masika / Varshika Shraddha performed on the banks of river Kaveri for the departed near and dear ones.

Moksha Narayanabali Puja at Srirangapatna is performed for two days. The ritual is performed by families to liberate souls of their departed family members who met an untimely death. Narayan Bali Puja is believed to help a person get rid of ancestral curses, also known as Pitru Dosha.

Narayanabali puja is also suggested to get rid of obstacles in business, health problems, education, marriage, accidental death, and also performed to get rid of problems created by curses from mother, father or other family members.

Who should perform Narayanabali Puja?

The Narayanabali Puja should be performed by a devotee or family who wants to get success in their life and business. It should be performed by someone who has problems like Bhoot Pishach Badha, business failure, financial problems, education hurdles, unnecessary expenses, health problems, lack peace, hindrance in getting married, getting rid of family misfortune, desire to have a male child, infertility, all kinds of curses, etc. these are some of the problems for which Narayan Bali Puja is performed.

Tripindi Shraddha is the Pind Daan procedure performed to the ancestors of the past three generations when regular Shraddh has been discontinued for various reasons for three continuous years. As any Shraddh is performed to offer food and water to the Pitru devatas, Tripindi Shraddh is a ceremony of offering food and water to the souls of departed parents and ancestors. This is also known as Tripindi Shanti Vidhi.

Which day is good for performing Narayana Bali Pooja?

Narayanbali Puja can be performed on these days, Mahalaya Pitru paksha, Amavasya, Poornima or Dwadashi. It can also be performed on important Nakshatram days like Kritika, Vishakha, Punarvasu, Poorvabhadra, Dhanishta, Uttarabhadra, Satabhisha and Revati.

Narayanbali Puja can be performed on any auspicious Thithi. The puja should not be performed during Grahan days, Ekadashi, Ashtami and Dashami. 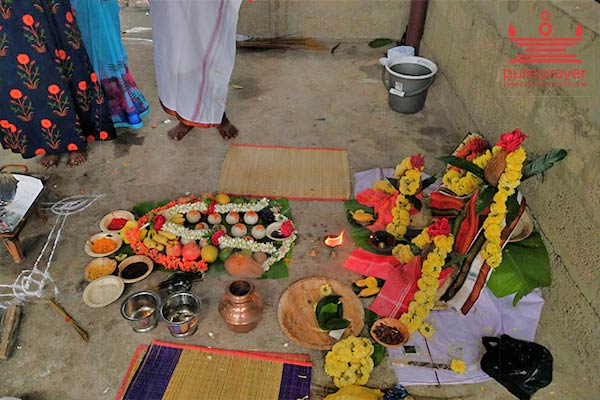