Shukra Aditya Sandhi Shanti is performed to ward off the Negative effects of Shukra Graha (Venus) and Aditya (Sun) in the same house as per Janmakundali (Horoscope). When the Mahadasha of Shukra graha ends and the Mahadasha of Surya graha Starts, there is bound to be lots of problems or ‘Aristha’ in the life of the person. Sometimes even leads to the irreversible problems, when the planets are weak.  One can negate the effects of this transition by performing Shukra Aditya Sandhi Shanti.

This Pooja can be performed when the Shukra mahadasha is about to end. generally, 3-6 months before the Surya Mahadasha starts. We can perform this Pooja | Homam on any auspicious days as per the Rashi Nakshatra of the person. When the Shukra Mahadasha on-going and Surya Antardasha is exists or Vice Versa, this Homam has to be performed to overcome the ill effects.  Shukra and Aditya are worshipped in this homam. In addition, it is a customary practice to offer worship to all the Navagrahas.

This is prescribed for those under the influence of Dasha-Sandhi, which stands for the person’s planetary alignment, during one Maha-Dasha to another; especially when the last six months of the planet Shukra and the first six months of the Sun’s influence is in that period. Many individuals suffer from Negative Afflictions influenced by outside sources. These may result in negative afflictions, ill health, Accident-prone-life and such misfortunes. Many also associate this period to come under the influence of sorcery and black magic.

Shukraaditya sandhi shanti pooja starts with Ganapathi pooja followed by Punyahavachanam after which the Kalasa Pooja is performed. After the avahanam japams of Shukra and Aditya grahas are chanted,  Japams, Dasams Homam of each graha is performed along with Navagraha Homam.

PurePrayer offers Shukra Aditya Sandhi Shanti as service at your Home, at a Temple or at a Puja mandir, performed by our expert Vedic Priests and scholars who can speak multiple languages, including English, Hindi, Tamil, Telugu etc. Our puja package  includes the Purohit charges & Pooja Samagri.

PurePrayer offers online homam and puja services for devotees who cannot be present in-person at the pooja location. We perform all poojas and homas at any of our network of pooja mandirs, Kshetras and Homa Kuteeras. Our qualified vedic purohits will perform the pooja as per the prescribed procedures with a sankalpam. We can create a short video of the sankalpa along with the puja procedure and send to the devotee on WhatsApp. If the devotee prefers to remotely participate during the pooja or homam, we can connect with the purohits at pooja mandirs via a live video call using any of the video calling apps (WhatsApp, Zoom, Duo or Skype).

Why should we perform Shukra Aditya Sandhi?

When the Mahadasha ends and the Mahadasha Starts, many problems arrives in a persons life, which may even leads to the death of the person when the planets are weak. By performing Shukra Aditya Sandhi Shanti the person overcomes all the ill effects which will come in their life during that period.

When to Perform Shukra Aditya Sandhi Shanti ?
This Pooja can be performed when the Shukra mahadasha is about to end. generally, 3-6 months before the Surya Mahadasha starts we can perform this Pooja | Homam on any good days as per the Rashi Nakshatra of the person.

Shukra Dasha or the effect of planet Venus is regarded is said to be the most difficult period for an astrologer to make predictions. Venus is the planet of anger and rage. To be able to predict the results of Shukra Mahadasha is something you can only do after a lot of experience and a very in depth understanding of astrology.  Venus is the planet of love and wealth too, but at the same time of indulgence and betrayal as well. Being an asura, it will always become malefic if not controlled.

A well placed Venus or Shukra would keep the distress away and would bring joy and charm in the path ahead as the prosperity would reside and hurdles won’t leave much impact upon the native. If your Venus is powerful and exalted in the birth chart, then it is a boon for you. 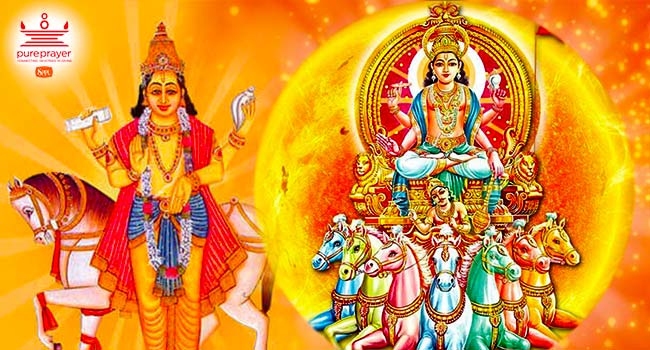