Book and participate in Samoohik Kuja Manglik Dosha Parihara Homam Online being organized by PurePrayer on Aug 3, 2021 in Kumbakonam.

You can watch the event Live in our PurePrayer FaceBook page. 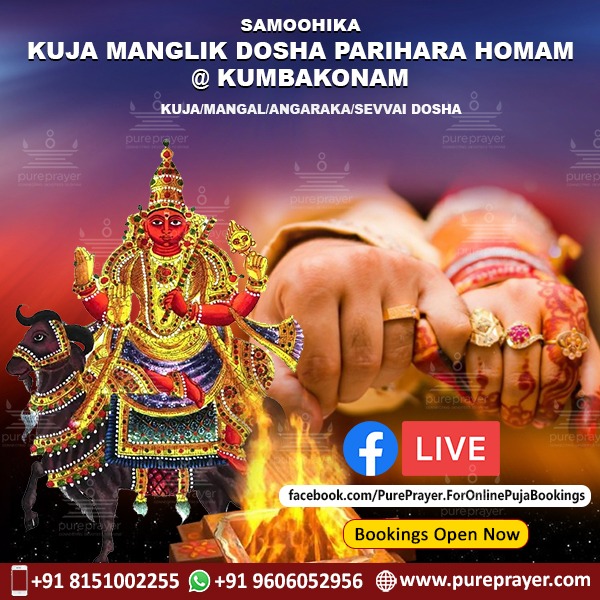