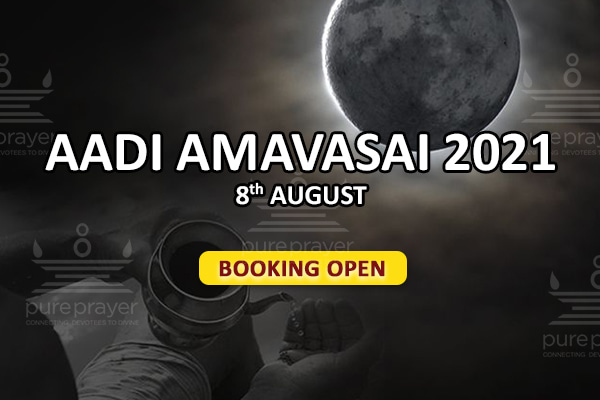 Temple-Town of Kumbakonam Sri Kshetra and its neighbouring villages on the banks of River Kaveri, are world famous for its many ancient temples that were built even before the world developed Civilization. Kumbakonam is best known for its Navagraha Sthalams. The region is teeming with Spirituality and Sanatan Dharma because of this long period of Hindu traditional practices and Changam (Sangam) influence. This resulted in the development of excellent literature and other fine arts. River Cauvery (Kaveri) has from the time immemorial been a lifeline in nurturing the Sanatan Dharma in many ways, providing a source of water, food, practices of art, spirituality and so on. Some of the oldest Shakti Kshetras, largest ancient temples are situated in this belt.

Aadi Amavaasai or Aati Amavasai is occurring on Thursday, July 28, 2022.

However, the timeline of Kumbakonam goes much more beyond this.

Kumbakonam today is an important Teertha Kshetra for the followers of Sanatan Hindu Dharma in order to perform the traditional spiritual activities like Homas and Pujas to Gods, Tarpans to the ancestors, Pind daan to the the departed. Homage to the ancestors during Dakshinayanam like Aadi Amavasai, Thai Amavasai, Mahalaya Amavasai days of the year.

An ancient Sanskrit verse is clearly a pointer to the importance of Kumbakonam Sri Kshetra:

One can sin in a holy town and wash it away in Varanasi.

Such is the greatness of Kumbakonam kshetram which is flanked by one of the Sapta Moksha Rivers, Kaveri.

Glory of Kumbakonam in Puranas:

Puranas mention that, the Pralaya (storm) waters carried a divine Amrutha Kalasha Kumbham (Pot of Elixir) with mango leaves, coconut and flowers on it. Parts of the Kalasha were thrown in different corners (konam) by the huge tidal waves. As the storms subsided, these corners became the spots of the famous temples in Kumbakonam. Shibi Chakravarty who was the ancestor of Rama ruled here. Pallavas have contributed in a big way right from the second Century CE to the temples in the southern India. Chola Empire is said to have descended from Shibi.

Kaveri River in Kumbakonam, has several Padithurais, also known as ghats. Padithurai literally means flight of steps. Of these, the two popular ghats are the Chakra padithurai and Bhagavata Padithurai. There are very interesting ancient anecdotes about these two ghats.

Bhagavath Padithurai is another popular ghat of Kumbakonam on the banks of Kaveri, where devotees offer prayers to their ancestors on Aadi Amavasai, Thai Amavasai, Mahalaya Amavasai days of the year.  Its importance can be understood from this example.

Long long ago, a Brahmin called Bhagavan from Tirunelveli in South Tamilnadu set out for Varanasi (Kashi) to immerse the ashes of his parents. The Brahmin’s disciple went along with him. The two of them stopped on the banks of Kaveri at Kumbakonam, for their routine rituals and night halt. While the Master was taking a dip, the disciple secretly opened the ashes pot to see what was inside it. He noticed it filled with lotus petals and he immediately closed the pot. The Master and disciple reached Varanasi after several months.

When they reached Ganges in Varanasi, Bhagavan opened the ashes pot. The disciple casually looked into the pot and shouted in shock. Bhagavan asked him as to why he was shocked. The disciple confessed that he had secretly opened the ashes pot in Kumbakonam and saw it filled with only lotus petals. He was shocked and surprised to see them now as it was filled with ash.

Bhagavan then recollected his father’s words… ”Immerse my ashes in the holy place where the ashes turn into lotus petals”. Bhagavan immediately sealed the ash pot without immersing them in the Ganga and immediately travelled back to Kumbakonam.

He went to the exact spot in Kumbakonam Kaveri banks where the disciple mentioned and opened the ashes pot. To his astonishment, the pot was filled with pink lotus petals instead of the ashes!

Bhagavan exclaimed,”Kumbakonam is more powerful than Kashi!” and immersed his parents’ ashes turned to lotus petals, in the Kaveri. He also installed an idol of Ganapathy right on that ghat as a witness to this miraculous incident.

Kanchi Kamakoti Peetham moved south to Kumbakonam, to safeguard the Mutt during the Islamic invasions. The holy Mutt selected this holy Bhagavat Ghat Kaveri banks at Kumbakonam to re-establish.

Tiruvenkaadu on banks of Kaveri

Tiruvenkaadu – Shwetaranya translates to Venkaadu in Tamil. Tiruvenkadu, situated 60 kilometres from Kumbakonam, is called as Rudra Gaya and is a very holy Teertha Kshetra. The huge Shwetaranyeshwara temple in this town is the Budha Graha Parihara sthalam among the Navagraha Parihara temples around Kumbakonam.

This temple has a unique distinction with Shodasha Pindam (16 Pindas) offering to ancestors. Nowhere else, can one see this practice to offer Shodasha Pind daan to one’s ancestors other than Tiruvenkadu kshetram. Offering rituals to ancestors here, will bestow peace to their souls.

Sri Govinda Dikshitar is said to have contributed to the present glory of this great Temple-Town of Kumbakonam during the reign of Nayak Dynasty. Govinda Dikshitar, the Hoysala Karnataka Smartha Brahmin hailing from Honnali, Shimoga, was the illustrious, pious, visionary minister of three Thanjavur Nayak rulers in the 16th and 17th centuries. Under his able administration the Nayak rulers undertook renovation of innumerable Saivite and Vaishnavite temples in Tamil Nadu, including Tiruvannamalai, Madurai and Rameswaram. It was the Nayak kings along with Govinda Dikshitar, who brought Hoysala Kannada Vedic Brahmins to this Thanjavur Kaveri Delta region and established several Veda Aagama Shastra schools.

Not only was Dikshitar a man of great scholarship and erudition, but also was a patron of music and arts. Venkatamakhin was the son of Govinda Dikshita. Venkatamakhi established the basics of the 72 Carnatic music raagas and is regarded as one of the profounders of modern Carnatic music theory.

The most iconic greatest descendant of Govinda Dikshitar is the 68th Acharya of Kanchi Kamakoti Peetham, the greatest saint of the 20th century, Sri Chandrashekharendra Saraswati Shankaracharya(1884 – 1994), who was fondly addressed as Periyava y his followers.

Some of the illustrious works carried out under the guidance of Sri Govinda Dikshitar are mentioned here.

Pureprayer is a leading App based and web based platform offering Puja-Homa-Pariharas and SpiRitual Journeys–Darshan and Puja packages to several important holy and sacred destinations.