The 70th year Vardhanti of Jagadguru Shankaracharya Sri Sri Bharati Teertha SwamigaLu of Sringeri Sharadapeetham is being celebrated in Sringeri. Pureprayer offers obeisance and felicitations to Jagadguru during the occasion.

Celebrations began in a small way in the Sringeri peetham (as everyone is aware of the #coronavirus and its after-effects) on 24th March 2020 and continue till 8th April 2020.

Sringeri Sharada Peetham has a long line of illustrious Jagadgurus, from the times of establishment by Sri Adi Shankaracharya. Jagadguru Sri Sri Bharathi Thirtha MahaswamigaLu is the 36th Pontiff from 1989, the successor to Sri Sri Abhinava Vidya Thirtha SwamigaLu.

His holiness “Sri Sri Bharati Teertha SwamigaLu” was born on April 11, 1951 to the devout couple, Sri Venkateshwara Avadhani and Ananthalakshmiyamma of Smartha background bearing the family name “Tangirala”, living in Alugumallepadu village, on the banks of river Naguleru in Guntur. The poorvashramanaama of his holiness was ‘Sri Seetarama Anjaneyalu’.

A curious story is behind his name. Sri Venkateshwara Avadhani had made a Sankalpam to Lord Ram and Ananthalakshmiyamma prayed to Lord Hanuman, that when a boy is born to them, he would be named after the deity. The couple decided to use the names of both the deities and this resulted in the name Seetarama Anjaneyalu.

Reaching out to Guru:

In 1966, he approached the then Sringeri Jagadguru Sri Sri Sri Abhinava Vidyateertha MahaswamigaLu as a young boy, at the age of 15 seeking his blessings and instruction in the sastras. Maha Sannidhanam of Sri Sri Sri Abhinava Vidyatirtha Mahaswam was observing chaturmasya at Ujjain. As the great Acharya was returning after bath in the river Shipra, Seetarama Anjaneyulu prostrated before him and sought his tutelage.

These were the words of his holiness Sri Sri Bharatai Teertha about the meeting:

“Once I was asked to talk in Sanskrit by my teacher before His Holiness in Vijayawada. I got a special prize from him. At that time, it struck me that his holiness, Sri Sri Sri Abhinava Vidyatirtha Mahaswam was my Guru.”

Within eight years he finished the study of Krishna Yajurveda, Purva and Uttara Mimamsa, Nyaya Sastra and many other treatises and commentaries. He also became a poet in Sanskrit. Kavi Samrat Sri Viswanatha Satyanarayana has praised him for his eloquence. Quite early in life, he completed his study of grammar, literature, logic and philosophy. He was ordained into renunciation in 1974.

Anouncement of the Successor:

Sri Abhinava Vidyatirtha MahaswamigaLu announced his desire to appoint Sri Seetarama Anjaneyalu as the successor-designate (i.e., as the 36th Jagadguru) and give him Sanyasa. The Shishya Sweekaram ceremony took place on the 11th day of November, 1974. As part of the tradition, his holiness undertook many Vijaya Yatras (tours) to visit different places and guide the devotees. The most recent Vijaya Yatra took place in the year 2017.

When Sri Sri Sri Abhinava Vidyatirtha MahaswamigaLu shed his mortal coil in 1989, Sri Sri Bharati Teertha SwamigaLu built a beautiful and majestic Adhistanam to his Guru at Narasimhavanam.  His holiness inaugurated the bridge, a dream of his Guru, on 21st May 1990. He named the bridge ‘Vidyateertha Sethu’.

Sri Mutt conducts many religious activities and observances as per Sanatan Hindu Dhrama. Shata Chandi Homas, Sahasra Chandi Homas, Rudra Homas are but a few examples. Maha Sannidhanam is accessible to the visiting devotees twice a day, in the morning during the ‘Teertha Prasadam’ and in the evening.

Maha Sannidhanam’s unquestionable knowledge would be evident to anyone who has attended the Vidwat Sabhas dedicated to Lord Ganapati. These are conducted every year for ten days commencing on the Chaturthee (fourth day) of the Hindu calendar in Shukla Paksha (bright fortnight) of Bhadrapadamaas.

For the past many years, during the Chaturmaasya period, his holiness has been conducting classes in the Brahma Sutras to a select band of sincere devotees.

Pureprayer is a leading App based and online platform offering Puja-Homa-Pariharas and SpiRitual Journeys-Darshan and Puja packages to several important holy and sacred destinations. 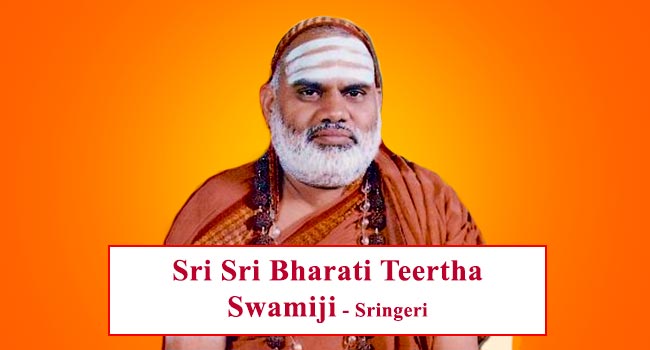