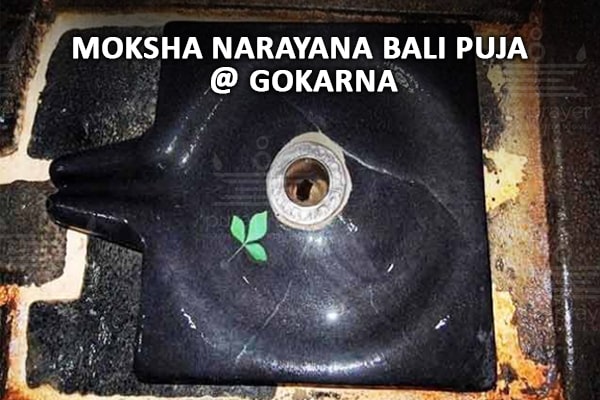 You can consult our astrologers for all your Puja needs and to plan the event well in advance.

We offer highly hygienic and sanitized Homa Kuteera or Kshetra destinations to choose for a safe and a satisfactory puja. We can conduct the puja through a video call or perform puja at a Kshetra on your behalf and send you a video of the puja.

Perform Moksha Narayana Bali at Gokarna Kshetra with best Vedic and highly experienced Pandits and Purohits from Pureprayer. The ritual is performed by families to liberate souls of their departed family members who met an untimely death. Moksha Narayana Bali is performed for the calming of the souls of the departed and to fulfil their desires and thereby address Pitru Dosha. The puja is performed by family members only. Moksha Narayanabali Puja or Vishnu Bali Puja is described in the Garuda Purana. Out of the two main contents of the Garuda Purana, Purvakanda and Pretakanda, the Narayana Bali Puja rites are mentioned in the Pretakanda content. The Narayan Bali Puja is believed to help a person get rid of ancestral curses, also known as Pitru Dosha.

Narayanabali Puja has to be performed when there are abnormal deaths, like death by disease, death by suicide, death by fasting, death by animals, death by a curse, death by murder, death by drowning, by snake bite etc. This is also suggested to get rid of obstacles in business, health problems, education, marriage, accidental death, and also performed to get rid of problems created by curses from mother, father or other family members.

Moksha Narayanabali Puja is similar to that of the procedures followed in a funeral, wherein an artificial human body made out of wheat flour is used. Mantras chanted during the puja invokes the remaining desires of the departed souls. It is believed the ritual allows them to possess the artificial body and the funeral liberates them to the other world. The Nag Bali Puja helps the souls get rid of their sins. For Nag Bali Puja, a snake made out of wheat dough is used.

Where is Gokarna Kshetra?

Gokarna Kshetra is a beach-town in the confluence of rivers Gangavalli and Aghanashini in the Kumta taluk of Uttara Kannada district in Karnataka State. Gokarna also known as the Bhu-Kailasa, Dakshin Kashi (Kashi of South) and Rudrapada-Gaya of India. Gokarna kshetra has been a popular destination for performing Pujas and Homas and said to be very effective in nature. Lord Shiva consecrated by Lord Ganapati here was the Atmalinga given to the demon king Ravan and is popularly known as Mahabaleshwara. Gokarna Kshetra being close to the sea shore is highly auspicious and meritorious for performing Pitru Dosh Parihara Pujas such as Narayana Bali puja, Tripindi Shraddha, Tila homa and even performing Shraddha Karyas since time immemorial.

Pujas and Homas At Gokarna Kshetra

Difficulties in completing the education, delays in marriage, delays in conceiving, health related Pariharas are also addressed through Pujas and Homas in Gokarna Kshetra.

It is widely believed that Shraddha Pujas (ancestral rites) performed at Gokarna Kshetra readily gives Moksha (Salvation) to the departed soul. It is said to be an ideal place to perform Shraddha Pujas during Mahalaya Pitru Paksha.

Shraddha Pujas through out the year

Another noteworthy point about Gokarna is, due to the presence of Rudra pada of Lord Shiva, all pujas, including the Shraddh Karmas can be performed throughout the year.

What is Sarpa Dosh? How it is related to Narayanabali?

It is said that, Sarpa Dosh appears when accidental deaths may have occurred in a person’s family tree of seven generations, either on father’s side or on mother’s side.

How to overcome Pitru Dosha?

Atma of such person who has suffered accidental death can be liberated by performing Narayanbali Vidhi or Narayanabali Pooja, thereby reducing the impacts of Pitru Dosha.

Narayanbali Puja can be performed on these days; Amavasya, Dwadashi, Mahalaya Pitru paksha or Poornima. It can also be performed on important Nakshatram days like Kritika, Vishakha, Punarvasu, Poorvabhadra, Dhanishta, Uttarabhadra, Satabhisha and Revati.

Narayanbali Puja can be performed on any suitable Thithi. The puja should not be performed during Grahan days, Ekadashi, Ashtami and Dashami.

Where to Perform Narayan Bali Puja?

Narayana bali puja is offered at various Teertha kshetras in India like Gokarna, Gokarna, Srirangapatna, Rameshwaram, Setukarai, Kashi, Prayag, Gokarna and many more.  Gokarna Kshetra on the banks of River Phalgu, has been a well-known Mukti-Sthal destination for Pitru Karyas and other remedial Pujas from time immemorial. As Gokarna kshetra and Gokarna are said to have Rudrapad and Vishnupad respectively, the puja can be performed anytime of the year. Kashi Kshetra on the banks of River Ganges is highly suitable to perform these Teertha Vidhis.  Srirangapatna on the banks of River Kaveri is another Teertha Kshetra preferred by the devotees in Karnataka state. Timbakeshwar being Jyotirlinga Kshetras, is another destination due to the greater availability of Pandits and Purohits to perform many kinds of Parihara Karyas.

What should I wear for performing Narayana Bali Pooja?

This is a traditional worship delineated in Puranas and practiced for many centuries in India with traditional attire of Dhothi for men and sari for women.

What does it cost to perform Narayana Bali Pooja?