Sarpa Samskara Pooja is a powerful and potent remedial Puja Vidhi performed to please Nagadevatas (Serpent Gods) praying to remove the curse or malefic effects of killing the snakes or maiming them. Sarp Samskar Puja Vidhi is said to remove or reduce the impact of Sarpa Dosha.

What is Sarpa Dosha?

Sarpa Dosha or Sarpa Dosham is defined as the sufferings or the ill-effects that can trouble us due to the acts like destroying the ant-hill, killing a snake by accident, by purpose to cause troubles to snakes. It is said that Sarpa Dosha could haunt us, when we have witnessed the death of a snake or seen a dead snake. The snake need not be a Nagara (Cobra). The Hindu Santana Dharma scriptures state that, whenever anyone comes across a dead snake of any kind, monkey and certain other animals, it is important to perform Dahana Samskar.

When anyone sees a dead snake, and especially a cobra, Dahan Samskar has to be performed treating it like the death of a Brahmin. A three day (some suggest a full ten day mourning) mourning known as Sootika has to be observed and Pinda Pradaan is performed following Dahan Samskar along with Suvarna Daan and many other donations. All this is said to remove or reduce the malefic effects of Sarpa Dosha.

What is the Mantra to reduce or remove Sarpa Dosha?

The below mentioned Mantra is said to be very effective in reducing or removing Sarpa Dosham:

Sarpa Dosha is explained as different from Kala Sarpa Dosha, which could be resulting from the deeds like destruction of ant-hill, harming the snake or killing it either by accident or with intent. The deed may have taken place in the previous seven generations or previous seven births. Sarpa Dosha is said to result even if we witness a dead snake and not perform Samskar to it. Many other reasons are also attributed to Sarpa Dosha. Whereas Kala Sarpa Dosha or Kala Sarpa Yoga, is one of the most feared astrological combinations that can bring unbearable pain and misfortune to an individual. It is formed when all seven planets are in between Rahu and Ketu. An individual who is born under the Kala Sarpa Yoga suffers from worries, insecurity, a constant nagging fear of death and other disasters or continuous bad luck.

According to astrology, Sarpa dosha can manifest through the ill-effects like delayed marriage, delays in conceiving, skin diseases, obstrucions to financial growth and some unexplainable diseases. So this puja is meant for all such problems which is addressed to bring down the effect of Rahu, Ketu and Kuja Grahas at a time.

Sarpa Samskar Puja is also known as Nagabali Puja in Northern parts and Western parts of India. This can be a stand-alone Puja Vidhi suggested by astrologer or combined with Narayanabali in some cases due to the presence of Pitru-Dosh seen from the Jatakam or Birth-Chart. Such Puja procedure is referred as Narayan-Nagbali Puja.

Who should perform Sarpa Samskara Pooja?

According to the Hindu Sanatana Dharma scriptures and practices, anyone who knowingly or unknowingly killed a snake in the present or previous birth suffers from Sarpa Dosha in the horoscope. The direct effect of this Dosha is that the marriage may be delayed or may fail. A person suffering from Sarpa Dosha must perform this pooja to atone for his sin. You can seek our astrology service, where experts can study and explain the presence of Sarpa Dosha in the horoscope. A few indications are mentioned for a better understanding of Sarpa Dosha.

Book the best Vedic Pandit, Purohit or poojari from Pureprayer to perform Sarpa Samskara Pooja in Bangalore, Chennai, Mumbai, Hyderabad, Kshetras like Gokarna, Srirangapatna, Trimbakeshwar, Ujjain, Udupi and many others, Homa Kuteeram, Ashrams or in your residence. Also suggested are the sacred places like Devi Pattinam, Setu Karai and Thirupullani situated around Rameswaram Kshetra in Tamil Nadu.

You can seek the Sarpa Smaskara booking online with Pureprayer in any of the Kshetras mentioned below. You can even book for a Vedic Pandit to perform Sarpa Samskara Puja in your residence or Homa Kuteeram.

Sethu Karai is a holy place in the region known as Vibheeshana Sharanagati Kshetra, relating to the incident of Lord Rama coming here in search of Sita and building the bridge to demon Ravan’s Swarnalanka. Lord Ram built a bridge from Sethu Karai near Rameswaram across the sea to Swarnalanka to rescue his consort Sita from the demon king Ravan.

Srikalahasti temple, situated 36 km away from Tirupati in Andhra Pradesh is famous for Sri Kala Hastishwara in the form of Vayu linga. This is one of the Panchabhoota Sthalams, representing wind. The temple is also regarded as Rahu-Ketu kshetra and Dakshina Kailasam. Shivalingam at Sree Kalahasthi Temple is unique with all 27 Nakshatras and 9 Rashis in his Kavacham. Sri Kalahasti temple is the only temple that remains open during Grahanam [Solar and Lunar Eclipse] too.

Adi Sesha and other serpents offered prayers to Kumbakonam Nageswarar in the morning, Thirunageswaram at the noon, Thirupampuram Paampurnathar in the evening and Nagoor Nageshwarar at the night during Maha Shivaratri. People who are issueless and having Rahu-Ketu Dosham or Nagadosham come here and perform Pujas, Homas and Pariharas to the lord.

Thirunageswaram Sri Kshetra in Tanjore is about 6 km from Kumbakonam. This place is known as one among the Navagraha Sthalams and located on the banks of river Kaveri. Sri Naganatha Swamy temple is dedicated to Lord Shiva. An important feature of Naganatha Swami temple is that of Rahu. In this temple belonging to 10th Century CE, a shrine dedicated to Lord Rahu has been consecrated. This is the only place, where Lord Rahu has been shown to be with his consorts.

Keezhaperumpallam Naganathaswamy Temple also called as ‘Ketu Sthalam’ is located at Keezhaperumpallam, Tanjore district of Tamilnadu and about an hour’s ride from Kumbhakonam (60km). The heritage place of Poompuhar is about two kilometres from here. Presiding deity of this Kshetra is Lord Shiva as “Naganathaswamy” and Goddess Parvathi as “Soundaranayagi“.

Udupi Sri Kshetra is a very ancient temple town in coastal Karnataka. This Kshetra has become a popular destination for devotees and pilgrims seeking Puja-Homa-Pariharas, ever-since the times of Sri Madhwacharya, the founder of Dwaita Philosophy. Sri Ananteshwara temple here is one of the ancient places and dates back to 8th Century AD.

Nagabana in Udupi is a sacred place where, snakes are revered. This is considered an ideal place for Naga related Pujas like naga Prathishthapana, Kalasarpa Shanti, Sarpa Samskara Puaj and many more.

Ujjain is one of the best places for the performance of Sarpa Samskara Puja. It is located in the ancient city of Ujjain in the state of Madhya Pradesh, India. The temple is situated on the side of the lake Rudra Sagar. Mahakaleshwar jyotirlinga is one of 12 Jyotirlinga and the linga is Swayambhu. Any Shanti pujas performed at this Punya Sthala gives results very soon.

What is the significance of Sarpa Samskara Pooja?

Sarpa Samskara Pooja is performed to effectively overcome the malefic impact of Sarpa Dosha which shows up in the Jatakam or Horoscope.

Why Sarpa Samskara pooja is done?

Sarpa dosha can manifest through the ill-effects like delayed marriage, delays in conceiving, skin diseases, obstructions to financial growth and some unexplainable diseases. Sarpa Samskara Pooja can be a very good remedial procedure in addressing these problems.

Do I have to personally be present for Sarpa Samskara? 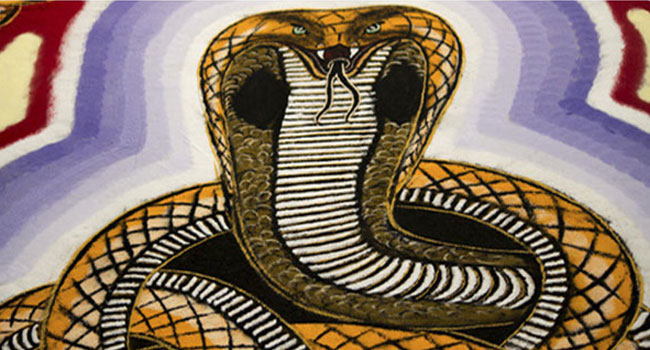